While dominating the South Korean box office, “Jurassic World: Fallen Kingdom” runs into an editing controversy, where the movie cuts out 40 seconds from the original version to keep it “PG.”

“Jurassic World: Fallen Kindgom” (“Jurassic World 2” for short) released in Korea on June 6. Soon afterwards, it reached over 3.5 million moviegoers and thus topped the South Korean box office. However, the movie soon ran into a controversy, when the viewers found out the Korean version of the movie is 40 seconds short from the original version. According to the running time of “Jurassic World 2” recorded on The British Board of Film Classification, the movie should run for 128 minutes and 17 seconds. However, the movie released in Korea only runs to 127 minutes and 36 seconds.

According to the Korean netizens, there were two scenes that were edited. The first scene is where an Indoraptor is attacking one of the characters, Ken Wheatley (Ted Levine). While the original movie shows Wheatley going through all stages before he reaches death, the edited version only shows the aftermath.

Another scene is where Eli Mills (Rafe Spall) gets eaten by a dinosaur. Again, while the original version shows every step of the process, the edited version completely cuts the part out. Koreans are outraged not only because the movie was cut out short, but because the deleted scenes had much impact on the whole movie.

Furthermore, the two edited scenes were an homage to film “The Lost World: Jurassic Park” from 1997. Many argued that the distribution channel edited them out to keep the movie “PG” to attract audience from all ages.

Regarding the rumors and the controversy, UPI Korea clarified the reason. On June 11, UPI Korea reported “the movie ‘Jurassic World 2: Fallen Kingdom’ is providing different versions to different countries to fit their market environment the best. Therefore, we would like to clarify that all current rumors about the movie are false.” 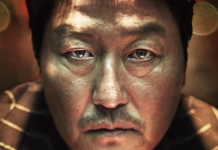 ‘The Drug King’ Beats Out ‘Aquaman’ at the Box Office