American publisher The Playlist has included Lee Chang-dong’s latest film Burning as one of the top movies of the year. Besides that, it has also earned other accolades. 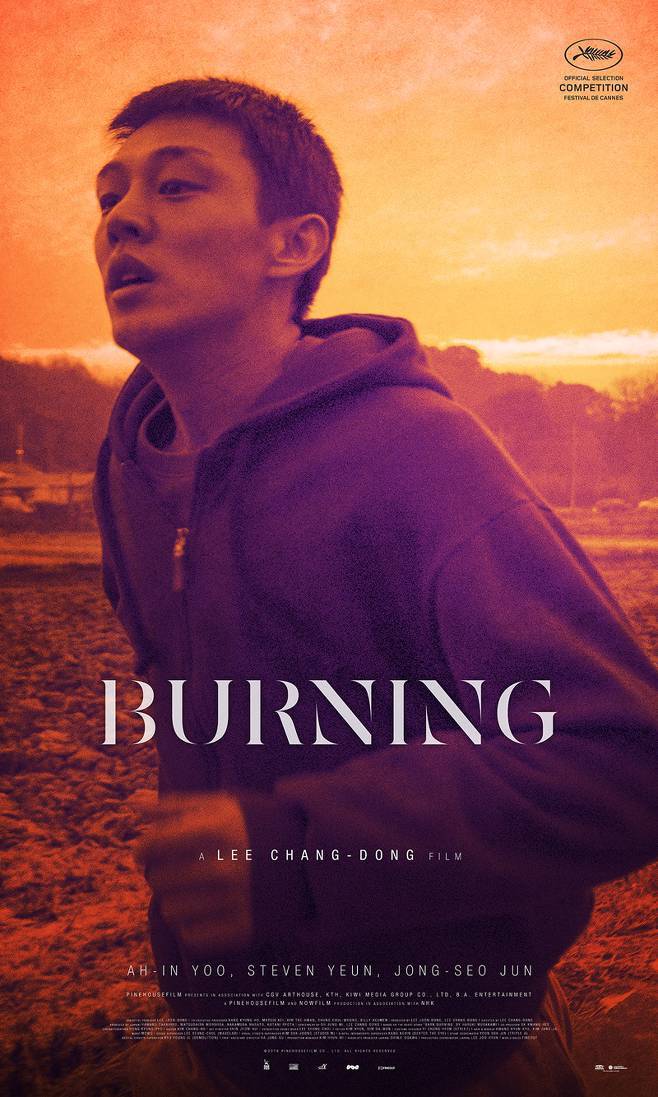 “It is ultimately revealed as a thoughtful and deceptive film about loneliness, love, resentment, and ruin,” The Playlist said in its explanation of Lee Chang-dong’s film Burning. This year, the publication ranked Lee’s work fifth in a list ripe with other masterpieces including Hereditary, You Were Never Really Here, and Alfonso Cuarón’s Roma.

This year, Burning has earned critical praise for its narrative and style, as well as the poignant delivery from its actors since its release in May. The movie explores the dynamics between Jong-su (Yoo Ah-in) who develops a crush on a new acquaintance Hae-mi (Jeon Jong-seo). However, the presence of mysterious and somewhat unnerving Ben (Steven Yeun) delays Jong-su and leads toa thrilling and devastating end.

Besides earning the title as one of the best films of the year, The Playlist also said the film has some of the best cinematography as well. The publication lends much of the credit to Hong Kyung-pyo who also worked on Snowpiercer and The Wailing for the fluid, mesmerizing, yet borderline banal camera work. Working almost exclusively with natural light, Hong’s work lends an inexplicable “human-ness” to the work that helps lend a conduit to connect with Jong-su’s perspective.