The March 11 episode of “Section TV Entertainment News” is to feature the interview with BigHit Entertainment’s newly debuted group TXT.

TXT has garnered much attention even before the debut. As “BTS’ brother group,” TXT made their name known, which resulted in an impressive record of 10 million MV views in 13 hours.

In the interview, TXT members are to introduce themselves individually. Members are to share the signature choreography of their debut title song, “Crown,” as well as to show some “aegyo” for the fans.

“It was such an honor and we’re always thankful of them for giving out thoughtful advice all the time,” said Yeon-jun.

“If the opportunity allows, we also want to go abroad to share show our efforts and performances to more people,” he added, sharing the group’s ambition. 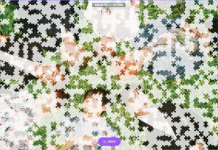