Who exactly is Seungri, the hallyu star currently surrounded by various controversies in Korea? Right now, whenever a Korean individual or Kpop fan hears or reads the 2 syllables Seungri, the first thing that comes to mind would be that celebrity who is in the news for various scandals. Keywords are likely to be Burning Sun assault, offering women to investors, illegal filming of sexual content, retirement, nation’s traitor etc. But just prior to a few months ago, Seungri was not a hated individual but a world star who’s influence was especially prominent in Asia.

Seungri also known as Lee Seung Hyun was the maknae of Kpop’s global idol group, Big Bang. The 29 year old idol made his debut under YG Entertainment in 2006 with Big Bang to later become one of the most popular boy groups in the world. Seungri was one of the youngest singers during that time, merely 16 years old, when he stepped into the entertainment industry. Over the years, Seungri experienced various roles in the entertainment industry as singer, songwriter, actor, producer and entrepreneur.

Big Bang had their first break through in 2007 with the release of their first extended play ‘Always’, Big Bang took their place as one of the most influential artists as they focused on producing and creating their own songs. During this time, leader and producer G-Dragon was gaining more attention as fans from the group as his songs became hits setting records for continuously topping charts and sales. Some of G-Dragon’s earliest hits were ‘Lies’ (2007), ‘Last Farewell’ (2007), ‘But I Love U’ (2007).

With Big Bang’s continuously growing popularity, the group was having concerts within 7 months of debuting. As they continued to rise in popularity in Korea, they set their sights for Japan just one year after debut. During that year, the members had hectic schedules letting exhaustion pile up to the point G-Dragon, T.O.P and Seungri became hospitalized halting activities. Seungri already had an ankle injury when it was reported he later lost consciousness towards the end of a show on December 29, 2007. Later it was reported Big Bang had earned over $11.5 Million USD just in 2007. Considering inflation in 2019, 11.5 Million dollars was worth a lot more 12 years ago.

The following year in 2008, Big Bang was very successful in Japan becoming one of the groups to solidify the hallyu wave. By 2009, the group was pursuing solo activities during which each member focused on nurturing their individual talents. Seungri was well known for wanting to “shed” his maknae image at this time for a more mature look. He won his first award with his solo ‘Strong Baby’ tasting his individual success at the age of 19.

In the following years, Seungri continued his solo activities while also promoting as a member of Big Bang. He took on various acting roles, released more solo music, developed his DJ skills etc. Seungri was in some ways overshadowed by other Big Bang members in the entertainment industry. Once his hyungs went on hiatus for military service, Seungri’s popularity and activities undeniably surged.

Just a year ago, Seungri was the only Big Bang member who was not serving mandatory military service yet. As a result, his popularity was growing not only in South Korea but also abroad as the only Big Bang member ‘to hold the fort’ before he went on hiatus for his own mandatory military service in Spring 2019. He made several guest appearances on MBC’s ‘I Live Alone’ increasing his popularity as viewers learned he was a considerate, detail oriented person in addition to being a successful businessman.

After his segment in ‘I Live Alone’ was aired, Seungri was widely complimented for his successful ramen franchise company that has over 45 locations all over the world claiming annual earnings of approximately $96 Million USD. From then on, other successful businesses of the idol/entrepreneur was in the headlines like dance academy, clubs, DJ label etc.. Public perspective of Big Bang Seungri was shifting from an immature playboy often in the headlines because of scandals, clubbing and such to a mature and charismatic man. He went on to explain his tendency to pursue all forms of entertainment led him his success today as an entrepreneur in the show.

Seungri further explained on ‘I Live Alone’ that while his current businesses may seem successful he has experienced failure in previous business ventures. He stated he lost many things but learned from those incidents leading to his current identity (in 2018).

Shortly after Seungri’s image as a successful businessman continued to garner positive reception, he was reported to be the new CEO of YGX in June 2018. YGX is a subsidiary of YG Entertainment that merged with Seungri’s DJ label NHR.

For the following months until the Burning Sun controversy was in the headlines, Seungri’s popularity was at its peak. He was appearing in various shows, held his first solo tour and his first studio album was well received. The idol was holding multiple executive positions in various companies and his businesses were growing. Seungri ended 2018 with on a good note, even hosting the 2018 MBC entertainment awards ceremony with Jun Hyun Moo and Hyeri.

Controversy Recap (up to March 11)

This momentum unfortunately did not last as news about his club, Burning Sun’s alleged assault broke the headlines in January 2019. Kim posted online he was assaulted by security and police when he tried to help a female at the club. This case is currently under investigation and with so many articles with various information, the exact details has become unclear. Soon after, news about Seungri lobbying to investors with prostitutes joined the headlines. It led to chaos in the entertainment industry as various prominent figures were identified during the investigation.

Park Han Byul’s husband was identified to be involved in this case affecting the actress’s long awaited return to the small screen in MBC’s ‘Love in Sadness’.

Amidst the growing controversy surrounding Seungri, on March 11 everything changed. News reported Seungri to be a part of a group chatroom that had illegally filmed sexual content. What made this worse was the report of other celebrities being a part of the chatroom. Some of the females illegal filmed were reported to be idols.

Shortly after, various celebrities including idols were implicated as many forms of “evidence” circulated on the Internet. Hours later, Seungri declared he would retire on his Instagram which was met with derision.

There are various rumors and speculations about the controversies surrounding Seungri, but this article will not be delving in that direction. Instead, the focus will be what may have led to such controversies in the first place. What makes this such a big deal would be because it forced a lot of the “dirty laundry” in the entertainment industry to become public. It’s not a simple matter of someone caught breaking the law. But of a world star as the cause of the controversies that led to implicating other influential people.

In Korea, there are many situations where superficially everyone verbally supports gender equality and put their faith in the LAW. However, behind closed quarters there’s corruption, bribery and connections that can solve many things. A common plot seen in Korean drama where a chaebol uses their power, money and influence to be above the law is not completely without a grain of truth. In reality, it isn’t just chaebols but also influential figures in all parts of society, not only in South Korea but in every other country of the world. Just a couple years ago, Korea was in complete chaos as a nation because of abused power. If you’re unaware, the previous Korean president was impeached in 2016.

In Korea, there are still many people who work overtime without being able to request for overtime pay, sick leave and vacations. This is something I myself have experienced when I interned in Korea just a few years ago. Additionally, female employees are still pressured to pour alcohol for male colleagues. An example would be a scene in the beginning of episode 2 in JTBC’s ‘Pretty Noona Who Buys Me Food’ (2018). Furthermore, prostitution is illegal but ‘red light districts’ do exist.

Interestingly, Seungri was previously in the headlines for having Gugudan’s Sejong pour drinks to “her favorite man” on TVN’s ‘Cheap Tour’ last October. But rather than the media focusing to criticize Seungri for his actions, it was the broadcasting company who was under fire for broadcasting that scene during “ safe hours for adolescent television viewing time.” (Note: Jung Joon Young was also in this episode) Many of the celebrities who were implicated in various scandals mentioned above were able to return to the entertainment industry after a few years. This itself shows society may easily forget and forgive while failing to fix the actual problem resulting in lofty disdain for indiscretions and breaking the law.

The controversies surrounding Seungri aren’t exactly new in Korean society. Seungri’s status whether guilty or innocent doesn’t matter as much as the fact that he isn’t the first nor the last person who will be accused, indicted, investigated etc. There are others who have probably done the same things mentioned in the controversies and there may be more in the future regardless of whether indicted or not. Aside from investigating to find out the truth, I think it is important to consider what this means for Korean society and what can be done to prevent it from reoccurring in the future.

There are a lot of things I could say about Seungri’s controversies that many may agree or disagree. No doubt I would be using lots of colorful vocabulary if I was to write about it. But taking a step back to see how someone who debuted at the young age of 16 ended up becoming called out as the “nation’s traitor” 14 years later, there’s probably various factors in the entertainment industry and society that played a significant role in Seungri’s current situation.

Could it be Seungri’s controversies are being used to cover something even bigger? Just a passing thought seeing all the attention focused on entertainment these days instead of fine dust levels from China, N.Korea, economy etc. I suddenly remembered SBS’s drama Pinocchio (2014) starring Park Shin Hye and Lee Jong Suk. It’s a drama where the most powerful people hyped up celebrity news to hide conspiracies. (Crying because of Lee Jong Suk’s upcoming military hiatus.) 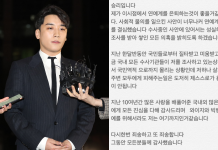 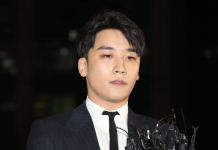