Home OPINION 2018 in Review: A Year of Dismantlement

From music charts, the “Me Too” movement, to the reopening of old cases, 2018 was a year where established structures of the K-Pop industry began to crumble. There were many things that happened over the course of 2018 like the “Me Too” movement and the ongoing uncovering of financial fraud by celebrity parents with many celebrities. Reviewing the year, there is a theme that runs through the year’s most impactful events and developments: dismantlement.

Those who have been lulled into a safe sense of security due to fame, wealth, social standing, professional position, or through their connections have had a rude awakening. Additionally, with changes to real-time charts, new, and more honest, result have emerged that hint at where the Korean music industry is heading.

#Me Too and Financial Fraud Hits K-Pop During the early months of 2018, students and former costars to prominent actors like Oh Dal-su, Jo Min-ki, Cho Jae-hyun, Choi Il-hwa, and many more have accused them of sexual assault and harassment.

Many of the victim’s testimonies told that the actors would use their position as more experienced actors to lure their less experienced victims to secluded areas under the pretense of helping them before forcing themselves on the women. In Jo Min-ki‘s case, he would send inappropriate messages to his students and call them up to his officetel for meetings and lectures.

The movement brought more awareness to sexual misconduct and crimes in the entertainment industry. More importantly, it gave a platform for many victims to tell their stories and speak their truth.

While the movement resulted in the death of one of the accused, who buckled under the weight of his guilt and the inevitable consequences of his actions, it also brought attention to the case of Jang Ja-yeon, who also took her life — but because of sexual abuse. Further, it also helped to expose institutional concealment of such acts and companies are now including “Me Too” clauses in their contracts.

Meanwhile, during the last few months of the year, several stars like Tiffany, MAMAMOO Wheein, Dok2, Ma Dong-Seok and, most notably, Microdot found themselves wrapped up in the results of the shady schemes of their parents. The parents either borrowed money from acquaintances, had people co-sign a loan, presented fake business plans, or boldly took money from coffers before never being heard from again.

Perhaps they felt comfortable under the umbrella of their children’s fame, but they shouldn’t have. Some like Microdot, who stepped down from his shows, lost brand deals, and broke-up with Hong Soo-hyun, have found their careers and relationships on the rocks. Being famous or knowing famous or rich people is no longer protection in the face of the law.

2018 was a good year for K-pop fans. The most prominent groups from the “big three,” (SM, JYPE, YG) all had comebacks — including BIGBANG right before three of its members enlisted in the army. Moreover, releases from Cube Entertainment, Big Hit Entertainment, FNC Entertainment and more filled the market with robust sound and good competition. However, through all of those big groups soloist shined the brightest.

Releases from Dean, Ben, Shaun, Paul Kim, IU, and so many more topped charts for days if not weeks. Solo debuts from the likes of BIGBANG Seungri, BLACKPINK Jennie, and Mino from WINNER became the talk of the town and proved their popularity by reaching the top spot on multiple charts.

For years, the K-pop industry has been a place where few soloists could hope to make it big. Unless you had an amazing voice or built your career over several years like IU, BoA, and Ailee, success was fleeting and inconsistent. K-pop groups, especially boy groups, dominated charts, with sometimes their whole album sometimes appearing on charts (a sure indicator of fans mass streaming).

However, while the perceived change in the reception of soloist does point to a change that may lead to smaller, rather than larger groups, in the future, their success is more visible because charts are fairer. This summer, the Goan Chart Police Committee decided to freeze real-time charts from 1 a.m. to 7 a.m.

In doing so, the committee prevented fans from doing organized streams overnight and pushing certain songs to the top of charts, giving them a head start for when the general public woke up and started listening to songs. As a result, while there are still improvements to be made to ensure even more fairness, it has helped to show true trends in the industry.

Hopefully, these changes are only the beginning. 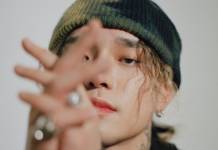 [Opinion] A Much Needed Look at Dean 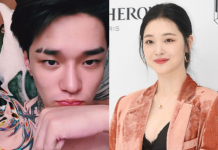 Sulli to Have Featured in Dean’s Upcoming Track “Dayfly”