‘EXIT’ tells a story about Yong-Nam (Jo Jung-Suk) and his college junior, Eui-Joo (Yoona) who fortuitously reunite at Yong-Nam’s mother’s 70th birthday party. Yong-Nam is a college graduate who has been struggling to get a job, while Eui-Joo enters a convention company immediately after graduation, and ends up hosting Yong-Nam’s mother’s birthday party. Afterwards, the two characters are suddenly put in a situation where they have to escape the city that has been surrounded by a toxic gas. Yoona has starred in two movies before, including ‘The Spy Gone North,’ which will premiere at the 70th Cannes Film Festival. With ‘EXIT,’ she will finally get the chance to play a lead role in a movie.

The movie director, Lee Sang-Geun, is a graduate from the Korea National University of Arts, who received great attention from the Mise-En-Scene Short Film Festival. Through ‘EXIT,’ he will officially debut as a film director.

Meanwhile, ‘EXIT’ has already completed its pre-production, and plan to premiere in the summer of 2019. 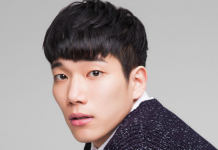 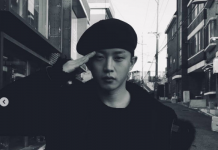 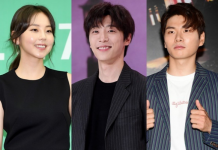