Starring in three major dramas in 2018, actor Kim Kyung-nam is expected to continue to buildup his formidable acting career in the new year.

Staring with tVN’s “Prison Playbook,” actor Kim Kyung-nam started 2018 on a high note. For the rest of the year he continued to appear on television in MBC’s “Come and Hug Me,” tVN’s “About Time,” and SBS’ TV movie Exit and drama series “Where Stars Land,” the last of which earned an award.

By year’s end, Kim won Best New Actor for his part in “Come and Hug Me” at the MBC Drama Awards, hinting at his burgeoning potential as a top star. This year, he is expected to continue this trend with more stellar performances. In particular, he will be making the jump to a leading role.

“Kim Kyung-nam has decided to play the role of Cheon Deok-gu in MBC’s new Monday-Tuesday miniseries “Special Labor Supervisor Cho Jang-Poong” (working title), which is slated to broadcast in spring of 2019,” said a representative from JR ENT., Kim’s agency.

Kim should have no problem playing the charismatic and loyal Cheon Deok-gu. Starting off as a back alley store owner, he transitions into a secret investigator after meeting a former school teacher ten years later. As an actor, Kim has shown a wide range on the acting spectrum as both bad and good, and somewhere in between.

MBC’s new drama is reportedly a satirical drama about a civil servant working to clean up society after he is appointed supervisor. Written by “Angry Mom” (2015) screenwriter Kim Ban-di and directed by “Drama Festival 2014: Turning Point” (2014) Park Won-guk, the drama is gaining attention. 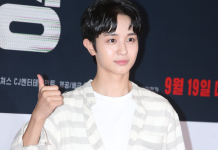 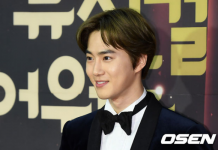 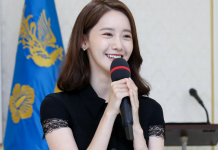