Home NEWS JBJ Prepares For Their Last Comeback on April 17

Group JBJ promises a quick comeback to their fans after startling news of disbandment. At midnight on March 16, JBJ announced their comeback through the official fan cafe. They said, “before we end this incredible journey of 7 months, we would like to announce our plans for a comeback in April.”

According to the notice, JBJ started the preparation for the next album as soon as the promotions for their 2nd mini album ‘True Colors’ ended. They have finished the recording and jacket image shooting already, and confirmed the comeback date to be April 17.

Representatives of JBJ said, “members are preparing for the new song more sincerely and with greater care than they ever did. They would like to express their gratitude for your love and encouragement that helped JBJ to exist. We would like to ask you to give warm cheers and encouragement as they finish up the preparation for the upcoming album.”

In addition, they made an announcement about having a concert in April. They said, “in regard to the concert, we will release a notice as soon as possible.”

Meanwhile, JBJ members are going back to each agency, after the contract of 7 months expires on April 30. 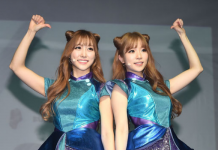