On April 19, Huayi Brothers Korea reported, “actor Choi Tae-Joon has been casted as the male lead in SBS drama ‘Handsome Guy and Jung-Eum.'”

‘Handsome Man and Jung-Eum’ will portray a love story between a man who doesn’t believe in love and a woman who believes in love, but gave up in the face of reality. It expects to premiere in the middle of May. 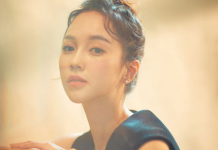