Former member of Sugar Ayumi announced her return to Korean television by signing with Bonboo ENT.

“We’re happy to sign with Ayumi,” said the agency. “We will help her to find various fields she can show talents in Korea.”

Debuted in 2002 as a member of Sugar with Hwang Jeong-eum, Park Su-jin, and Yook Hye-seung, Ayumi let her name known to the public by actively participating in variety show activities.

After receiving much love from fans with her solo track “Cutie Honey” in 2006, Ayumi started her acting career in Japan in 2008. After a long absence from the Korean entertainment industry, she came back to Korean fans in 2017 by showing her single life through a variety show.

Bonboo ENT, with which Ayumi signed the contract, is home for many stars who are showing talents mainly in variety shows. Some of the popular stars of the agency include Choo Sung-hoon’s family, Kim Dong-hyun, Hwang Kwang-hee, and Lee Sang-hwa.

“I’m excited to return to Korean television in such a long time,” said Ayumi. “I will do my best to show new aspects of me.”

Ayumi will make an official return on “Life Bar.” Her episode will air on March 21. 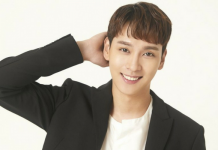