Brian Joo announces upcoming comeback plans for the male duo Fly to the Sky, in celebration of their 19th anniversary!

On June 27, Beauty & Life Style Magazine ‘Beauty10’ released its July issue, in which singer Brian Joo of Fly To The Sky participated as a cover celebrity. In the pictorials, Brian pulled off a bright pink suit to show off his entrepreneur vibe, as well as other casual looks. During the interview that followed the pictorials, Brian talked about the changes in his life since he started a cross fit and follower arrangement business. He said, “when it was just my personal hobby, I could enjoy it without thinking too much. However, now that I have started business with it, I feel a lot more pressure. Now, I have to study, consider, and adjust to each person’s unique style and taste.”

He continued, “but it helps me to think about the real reason why I even started this work out. Also, it allows me to learn more by teaching others, which is beneficial for me.” Furthermore, Brian answered to the question asking if he fears to fail as a businessman. The singer answered, “if one person leaves because we couldn’t satisfy the members, it’s considered a failure. However, I get to think about why the person left and learn from my mistakes. While many people are afraid of failures, I consider them as healthy opportunities to grow. Of course I have many fears, but I usually am a ‘challenge myself with the things I want’ kind of guy.” Brian Joo celebrated his 19th anniversary of debut this year. The singer responded, “I feel a lot of pressure thinking that next year is my 20th anniversary. Of course I’m thankful that I could keep my career for such a long time, but the expectations of fans towards me and my music continue to grow bigger.”

He continued, “we have plans for a comeback in either October or November. Whether it be a full album or a mini, we plan to release an album and hold a concert. Nothing has been confirmed yet, but when the weather gets colder, I expect people to reach out for our music.”

You can find more of Brian’s pictorials and interviews in the July issue of ‘Beauty 10.’ 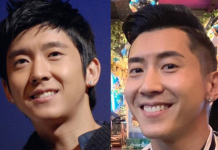