Shopping for fan merchandises is one of the biggest joys of being a fan of K-pop artists. Ranging from postcards to apparel, you can find a wide variety of “goods” designed with your favorite artists’ pictures on.

The case design was first inspired by a picture shared on an online community. In the picture, a woman is holding a phone case customized with Yoo Byung-jae’s face printed, which perfectly synchronizes with the rest of her face.

The picture soon went viral online. Many people customized their cases with the comedian’s face and shared pictures online. Some of them even printed his faces on their fingernails.

In response to the trend, the comedian’s agency, YG Entertainment, announced to release a series of official merchandises for Yoo Byung-jae’s fans. The series comprises eight different products, with the phone case becoming the first one to be unveiled.

“Yoo Byung-Jae Phone Case” comes in three varieties. Each design comes with the comedian’s face printed on the whole surface. Even before its release, the product is getting popular on social media, with thousands of likes and replies tagging friends.

Yoo Byung-jae, debuted as a screenwriter for SNL Korea, is actively making TV show appearances as a comedian. In 2015, he became the first comedian to sign with YG Entertainment. His standup comedy series “Too Much Information” is available on Netflix. 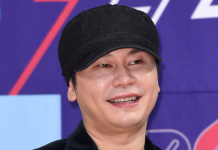 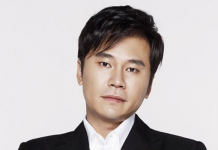 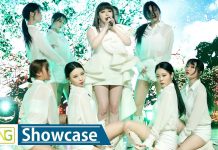