Rapper Woo Won-Jae is not afraid to reveal the details of his life to his fans.

On October 3 broadcast of MBC “Radio Star,” Woo Won-Jae appeared as a guest and opened up honestly about the details of his life. The rapper proudly revealed that he has a girlfriend and also confidently talked about struggling through various mental illness.

First, when the hosts asked him about the romantic aspect of his life, the rapper did not hesitate for a second to reveal that he has a girlfriend. Woo Won-Jae said, “I didn’t have a girlfriend when I was doing the pre-interview for “Radio Star.” We were broken up at the time, but we recently got back together.”

Then, the hosts asked if he worried that his fans would not like the fact that he is in a romantic relationship. In response, the rapper said, “my fans actually like that I’m honest about everything. I think that’s better than lying to them.”

The rapper’s announcement caught everyone by surprise. It is not easy for a rookie rapper to so easily admit to have a girlfriend. It could lead up to many different scenarios, the worst being the fans leaving him. However, he was confident because he firmly believed that going public with his relationship was better than lying to fans. Further, he asserted that he would take responsibility for his honesty.

His honesty did not stop at the romantic aspect of his life. Woo Won-Jae continued to reveal that he is currently undergoing medication for several mental illness. The rapper said, “I’m taking medication for anxiety and panic attack. For me, it’s just like going through a cold. I need to be okay with talking about it to other people nonchalantly. Then, I would finally realize that it’s okay to be mentally ill. I realize it’s not serious and it will be cured with medication.”

Meanwhile, Woo Won-Jae gained much popularity through Mnet’s “Show Me the Money 6” in 2017. Afterwards, he signed an exclusive contract with AOMG that also houses famous rappers, such as Jay Park and Loco. 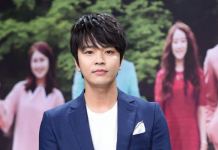