Two important ice skating competitions are to take place over the weekends and act as the opening events for the season.

The two national events kick-off the skating season for Korean athletes who will likely head to international competitions abroad in the coming months. There are upcoming events in Russia and the US through February and March 2019 that athletes can choose to attend. Moreover, ISU World Figure Skating Championships, this year held in Japan, will also be held in March.

This coming weekend, a total of 98 athletes, 15 men and 81 women, along with a junior ice dance team, will participate in the events. In particular, some of Korea’s top-rated skaters including Cha Jun-hwan who is a two-time national champion and Kim Ye-lim, the 2018 CS U.S. International Classis bronze medalist, will compete. 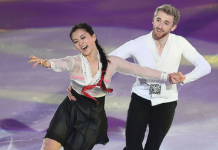