Korean variety show “Village Survival, the Eight” has confirmed the production of the second season.

On December 21, a source from SBS has officially announced that “Village Survival, the Eight” will come back with the second season. He also added that previously reported rumors about the extension are not true.

However, SBS clarified that there is nothing decided except for the plans for Season 2. Details like change of cast members and premiere dates are yet to be announced.

Meanwhile, “Village Survival, the Eight” will end the first season with the last episode on December 21. 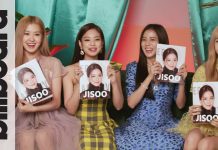