TWICE unveiled highlights of all seven tracks in their upcoming album “YES or YES.”

TWICE’s sixth mini album “YES or YES” will be released on November 5 at 6PM KST. The group will perform their new tracks at the comeback showcase, which will be held on the same day. 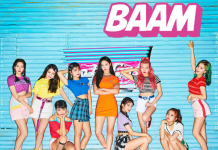