The lists serve as an “annual snapshot of the opinions and experiences of more than 1,000 international restaurant industry experts.”

For 2018, three Korean eateries made the list due to their creative reinvention and combination of traditional Korean food with a modern spin and international influences.

“While our restaurant has been inspired by and respected traditional Korean cuisine
as the foundation for our cooking, in our latest menu we have strove (sic) to explore new techniques and sensibilities. Our goal at Mingles is to show you a new way of Korean cuisine.”

Why it’s worth a visit: Since its opening in April 2014 in Seoul’s buzzy Cheongdam-dong district, Mingles has been wowing local and international diners with its fusion of eastern and western cuisine. So much so, that the restaurant was the Highest New Entry to Asia’s 50 Best Restaurants 2016 and has now been voted Best Restaurant in Korea for the third consecutive year.

What makes it stand out: Jungsik is New Hansik with flair. The restaurant combines Korean culinary techniques with those from all over the world, adding in local, seasonal ingredients and flavours.

” With an open-minded approach to cooking, we try to cook with ingredients and recipes that cross the countries’ borders and time. We provide the best ingredients for each season.”

The menu: Kim (the chef and founder) mixes eclectic with classic on his menu, which features broad international influences and mirrors his ever-curious mind. Expect to see dishes such as roasted scallops with black truffle cappuccino foam or 12-hour cooked octopus with tapenade. More familiar dishes such as ceviche and steak are also regular features, with a decadent foie gras terrine with seasonal fruit compote and brioche just one of the more recent highlights. 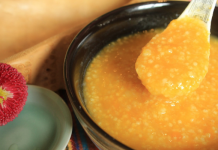 How to Eat the Korean Way When You Have a Cold 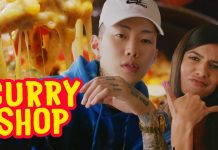 Jay Park Breaks Down the Basics of Korean Drinking Food 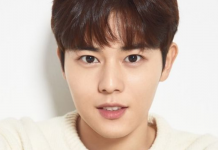