Home NEWS Film These 3 Korean Films Will Leave You Cold Desperation wedges these characters between a rock and a hard places, built by crimes and lies that do not pay. The only thing left for them is redemption or the end. Check out these films that are perfect for a serious movie night. A fishing crew led by Cheol-ju (Kim Yun-seok) down on their luck takes on a dangerous commission to smuggle a group of illegal immigrants from china to Korea for a big payday, but with great penalty if they caught. The first time human smugglers soon discover the grim reality that comes with this business and their morals, ethics, and humanity are pushed to the brink. Tittering on the edge of losing his job as a reporter and his family Moo-hyuk (Cho Jung-seok) receives an anonymous scoop about a recent murder. A personal investigation seems to prove the scoop true and could be the key to Moo-hyuk’s way back into the black. But things are always what they seem and Moo-hyuk finds himself trying to maintain a lie — that is until a series of copy cat murders begins to happen. Thankfully this movie has nice bits of humor that help to make this film less heavy and daunting. Madness takes hold of King Yeonsan after the murder of his mother and his subsequent quest for revenge. His tyranny corrupts the land and it is only a matter of time before his actions have consequences. Little does the kind know what the consequences may come from his very own bed.

Please be advised that this film is for mature audiences. This film contains violence and nudity so it you can’t handle blood or human bodies being….separated unnaturally or the depiction of sexual acts this may not the be film for you. 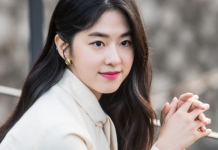