The infamous noodle dish that started a craze might not have even made it to the table.

At the welcoming dinner for the 2018 inter-Korean Summit on April 27, the most highly anticipated item on the menu was undoubtedly the Pyongyang style cold noodles. The hype began when the Blue House announced the official dinner menu during the run-up to the summit. However, the dish almost didn’t make it to the table.

Part of the reason was that the dish was genuinely made in North Korea using equipment that they usually use. Leading up to the dinner, North Korean officials moved their noodle extraction machine from Pyongyang to the Panmungak Pavilion in North Panmunjom. Later, the device was transferred to the southern side to bring it closer to the location of the Summit. Unfortunately, somewhere along the way, the machine broke.

Unsurprisingly, it was a bit of a crisis. If they could not find a way to fix the machine the headlining noodle dish of the event, the North Korean officials would be forced to make the food unauthentically.

Moreover, the pressure was high considering how much buzz the dish had generated. Earlier that day, North Korean leader Kim Jong-un had spoken to South Korean president Moon Jae-in about the dish specifically.

“Unexpectedly, today we’ve talked a lot about the dinner and the cold noodles from Pyongyang,” Kim said to President Moon, highlighting the excitement surrounding the dish.

Luckily, North Korean officials fixed the machine and were able to make the noodle dish. Unfortunately, as a result, it was served late, which some lamented. Craving to taste the cold noodles yourself? Check out our list of restaurants in South Korea here. 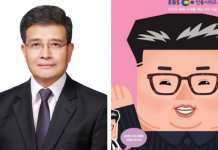 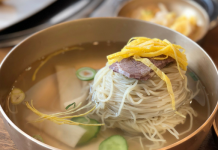 Where to Find the Best Pyongyang Naengmyeon in South Korea 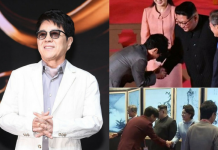