TWICE has released a video teaser that expresses the concept of their new album, Twicetagram. Furthermore, The new album will be released on October 30 with the title track “Likey”. Are you excited for TWICE’s comeback? Let up know!

Take a look at the teaser here:

EXID, releases an image teaser for their November comeback, Full Moon. However, the November release contrasts with earlier reports that EXID would return in October. Moreover, the girl group will make their comeback about a week after TWICE on November 7.

EXID is currently in the process of releasing a special photo book project, “Whoz That Girl?” as an anniversary celebration. 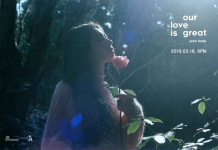