Sunmi warns about her upcoming album in pictorials with fashion magazine Harper’s Bazzar!

On August 20, a fashion magazine Harper’s Bazaar released a few sneak peeks from the recent photoshoot with solo artist Sunmi. In the interview that followed the photoshoot, the singer talked about her upcoming album “Warning” and a few of her makeup tips. First, Sunmi mentioned that she likes to go with a simpler look when she’s not on stage. The singer said, “I usually put on extravagant makeup when I’m going on stage. However, in my daily life, I go with more of a natural look only with base makeup. I normally add a red lip as my “point makeup” because I consider that as a part of my accessories. It does a great job of attracting attention.”

Then, she talked about her upcoming album “Warning” scheduled for a release on September 4. Sunmi said, “the definition of word “warning” plays a big role in this upcoming mini album. It could mean a small, trivial warning or big warnings that could endanger people’s lives.”

She continued, “I also put the focus on my voice this time. I want everyone to pay more attention to that as well.”

Check out Sunmi’s stunning pictures below! Meanwhile, Sunmi also released a title poster for the upcoming album “Warning,” which is scheduled for a release on September 4 at 6 PM, KST. This album will act as the final portion of her 3-part album project, following the release of “Gashina” and “Heroine” from last year. 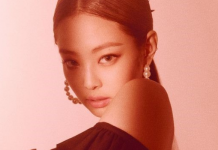