Last night (Feb. 27 KST) Seungri voluntarily went to police for investigative purposes. Some analysts believe that the timing of his appearance was made at a time to draw the least amount of attention to the event.

Around 8:30 last night, YG Entertainment announced that BIGBANG member Seungri, real name Lee Seung-hyun, would go to police voluntarily at 9 p.m. Notably, the announcement was made about a day since SBSfunE reported that he solicited prostitutes for foreign investors. Further, it has also been about a day since the Seoul Metropolitan Police Agency’s investigation team launch an internal investigation into the allegations.

True to his word, the singer appeared at the Seoul Metropolitan Police Agency’s station at 9 p.m. where he was met with media cameras and reporters. However, the analyst believes that Lee time the announcement and his submission to police strategically so as to draw the least amount of attention to the situation. 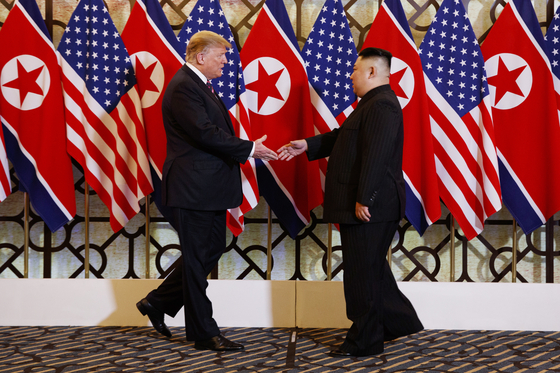 Mainly because its timing coincided with the second meeting between U.S. president Donald Trump and North Korea’s Supreme Leader Kim Jong-un in Hanoi, Vietnam. At 8:30 p.m., when the announcement was made, the viewership of this meeting was at 28.3 percent.

Additionally, some have said that Lee’s intention is to change the momentum of the situation by making a surprise visit to police while the investigation is still in the internal stage. When he arrived at the police station at 9 p.m., Lee said that he is “sorry for the trouble” he’s caused and said he will be investigated so that “we can get to the bottom of the story quickly,” before entering the building. While in police custody, YG Entertainment said he will take a urine and hair test. Going forward, the signer will cooperate with investigation requests.

Meanwhile, before submitting to police, Lee and his agency denied that the SBSfunE report and said that the text message conversations were falsified. In response, a reported involved in the article stated that they stood by the contents of the report and that the only content left out of the text messages was overly vulgar language.