Officials for MBC “Idol Star Athletic Championships” or “ISAC,” has confirmed the competitors in the rhythmic gymnastics category. On August 1, MBC announced six different female idols who are set to compete in the rhythmic gymnastics category at the upcoming “ISAC,” or “Idol Star Athletic Championships,” event this Chuseok. According to reports Pristine Na-young, Momoland Daisy, April Naeun, Cosmic Girls (WJSN) Yeoreum, CLC Seungyeon, and (G)I-DLE Yuqi are participating in the contest.

Notably, this is the first time since MBC created the category that so many are set to compete. As a result, with the stars vying for the number one spot, many are looking forward to a new “rhythmic gymnast queen” will be born. As a result, a third person will join Cosmic Girls Cheng Xiao and April’s Rachel in the annals of legendary “ISAC” performances.

Meanwhile, MBC first launched “ISAC” in 2010 as a special feature on Chuseok. Since then, the program has established itself as a representative program of the broadcater and national holidays. However, the risk of injury and long recording time for idol stars were pointed out as problems, but they are gradually improving over the years. 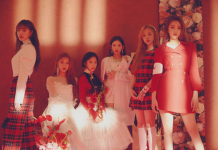 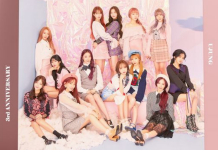