An American animal rights organization, People for the Ethical Treatment of Animals (PETA) has recently placed a billboard in Los Angeles Koreatown to criticize the consumption of live octopus. On July 17, PETA announced that they have placed a billboard ad at the intersection of Wilshire Blvd and S. Western Ave in Koreatown, Los Angeles. The ad shows a picture of an octopus, alongside the words, “I’m ME, Not MEAT” written both in English and Korean.

Previously, the organization investigated seafood restaurants in Koreatown, where they witnessed chefs chopping live octopuses and serving them to customers while they’re still alive.

“Serving up the severed legs of an octopus while the rest of the animal languishes in agony in the kitchen is like something out of a horror movie,” writes PETA Executive Vice President Tracy Reiman. “There’s no difference between the pain that an octopus feels when being torn limb from limb and what a dog or a cat would feel in the same situation, and PETA’s ad urges everyone to condemn this horrendous cruelty and go vegan.”

Mentioning a Koreatown restaurant’s name specifically, the organization also shared a video portraying how the restaurant put live animals, such as lobsters, shrimps and octopuses, on plates.

The restaurant owner, however, revealed that he is not planning to respond to the organization’s such criticism.

“The video was recorded a long while ago and I made the cooperation because a young student came to the restaurant and asked for a permission for his school project,” said the restaurant owner. “The campaign doesn’t really affect our business because of its low engagement. So I won’t respond to it.”

“It seems like they’re attacking the culinary culture of a minority group,” said another restaurant owner who runs a seafood restaurant in Koreatown. “They want to make an issue of it, but I don’t think so many people would agree with them.”

PETA, whose motto reads, “animals are not ours to eat,” has been running such campaigns for the past several years. They are focusing especially on the issue of live octopus consumption because of the animal’s high intelligence. 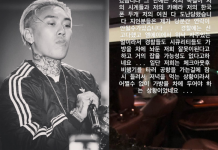 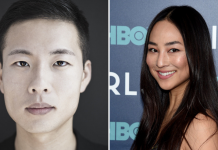 Comedy Series Set in LA Koreatown Is Under Its Way