While pictures spotting Pentagon member Hui and (G)I-DLE’s Soojin on a date are spreading online, their agency Cube Entertainment clarified that the two have broken up.

On August 3, photos claiming to spot two idol stars having a date were posted to social media. The pictures show backs of two people walking in a shopping mall. Even though their faces are not shown in the pictures, people quickly recognized Soojin by her bag and sandals. The two idol stars’ agency, Cube Entertainment, soon checked the fact with them. According to them, Hui and Soojin indeed have dated, but not anymore.

“We’ve checked with the artists and they have already broken up,” said an official from the agency. 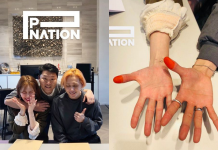 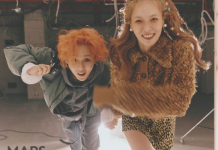