Actress Park Han-byul clarified that she is not stepping down from the drama. On March 19, Park Han-byul posted to Instagram that she is not leaving drama “Loving in Sadness.” She wrote, “It’s to keep the promise with so many people including the production team, broadcast company, and the agency.”

“The shooting actually started last year so we’re currently filming near the end of the drama,” said Park Han-byul. “I’m trying hard not to interrupt the flow of the plot.”

Currently starring in “Loving in Sadness,” the actress is in hot water because of her and her husband’s involvement in the “Seungri Scandal.” Park Han-byul’s husband is named as one of Seungri’s controversial business partners. Police investigation revealed that Park Han-byul played golf with the Police Senior Superintendent, who is suspected of helping cover up criminal activities.

“I don’t want to cause any more trouble and the pain of it is killing me,” Park Han-byul added. “But I’m putting more effort to the drama because it’s the only way I can return the support from those grateful people.” 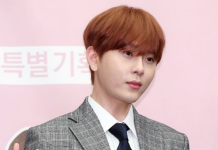 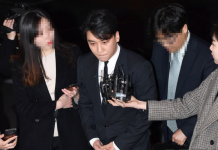