Home OPINION EXO Needs to Comeback With All Members Before Enlistment

Eight members of EXO have participated in the group’s past few comebacks. Lay, the ninth and last Chinese member, has been missing in action for promotions or even the group’s Korean comeback song. With military enlistment around the corner, SM Entertainment should work to get all nine members on stage — politics be damned.

EXO’s latest song “Tempo” recently slid out of the top ten with the release of Song Mino’s Song Min-ho) and BLACKPINK’s Jennie’s solo debute. As it gradually lowers on the list of popular songs, so too does the possibility of a full comeback from boy group EXO. Or at least it seems that way.

The last full comeback that fans of the group enjoyed was about two years ago during their “Monster” era and the EX’ACT album (including repackage) in 2016. However, as tension between China and South Korean mounted due to the installation of Terminal High Altitude Area Defence (THAAD), ventures into the country by South Korean entertainers crawled to a halt as China retaliated by placing a temporary ban on Hallyu content.

During that time, Lay’s participation in EXO’s Korean activities mirrored the slow down and eventually he stopped appearing in the group’s Korean title releases, both on stage and in recordings. Instead, the singer kept the group’s name alive through the ban in the country while also growing his personal brand by doing individual activities. While understandable from a business perspective, it caused a persistent insecurity in the group’s fandom where many began to believe that he would eventually leave the group permanently.

Now that the ban has essentially dissolved, it is time that he be re-integrated into the group’s activities. This is doubly important given that the older members will start to enlist in the army next year. Born in 1990, Xiumin is already at the legal limit to begin his military service. With the clock ticking down to his eventual two-year hiatus, SM Entertainment should gear up and focus on giving fans at least one solid comeback with all the member participating in the songs and promotional activities in Korea and internationally.

(As an aside, it is surprising enough that the group only had one comeback in 2018. Given how big the group is I would have expected at least two. While they were missing in action, they loss public relevance.)

While allowing Lay the freedom to continue his ventures in China and as a solo artist the agency is also producing a consistent flow of income that comes back to the company. Moreover, Lay also helps to shine a positive light on SM Entertainment and EXO to the Chinese Governement. However, the resulting vacuum in EXO resulting from his absence in official group activities have been decried by their fans for years.

Now, in the time they have remaining as a whole group, the agency really should push to present a lasting, stong, and solidified image of EXO before they (likely) focus on individual and unit activities and debutes. Politics and whatever revenue loss (if there is any, which is not likely) be damned. 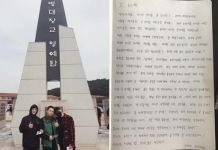