In 2019, there have been a lot of historical record breaking in terms of drama viewership for cable TV. Looking back on how much Korean dramas have changed over the last 2 decades, the Internet wins the grand prize for its role!

As an avid Korean drama fan since childhood, all I can say in short is… a lot has changed since the last century. You know time has really gone by when you remember actor Hyun Bin in his lead role in My Name Is Kim Sam Soon (2005) when he wasn’t buff with his spiky hair.

There was a time when a good portion of the dramas airing were historical dramas.

In the past, historical dramas could be expected to have certain traits. Lots of beautiful traditional hanbok, accurate depictions of historical events, usage of Korean like Old Korean or Middle Korean (what is used today is Modern Korean) and traditional Korean music as part of the OST. While there are a lot of dramas I could mention as an example, the ones that many would be familiar are probably Jewel in the Palace also known as Dae Jang Geum (2003), Hwang Jini (2006) and Emperor of the Sea (2003).

Many scenes were about traditional Korean cuisine, hence its role in the start of the Korean Wave. After this drama became globally popular, Korean restaurants started becoming widespread in many major cities as many people became interested in trying Korean food like bibimbap.

All members of the main cast in this mega-hit drama are today’s household names, Choi Soo-Jong, Chae Shi-Ra, Song Ill-Kook (triplets’ father), Soo Ae and Chae Jang-An. While some had already reached the heights of their career before this show, for others it sent them to the top!

This drama’s theme was traditional arts. The cast had to spend many hours learning to dance from an expert, the costumes were beautiful, the songs were well balanced between traditional and modern (modern classical). The drama’s success resulted in the lead actress Ha Ji-Won winning the 2006 Grand Acting Award.

Historical drama is not limited to hanbok or court intrigue

While many Korean dramas consist of wearing what is stereotyped as traditional Korean clothing, that doesn’t mean there aren’t others. One of the most iconic historical dramas would be Rustic Period aka Yainshidae (2002) depicted in the 1920’s to The Korean War when western clothes like suits and dresses have become widespread. As one of the THE highest-rated TV shows in Korea’s broadcasting history, the drama is based on a historical figure Kim Du-Han who happens to be the grandfather of Song Ill-Kook and the great-grandfather of the nation’s triplets-Daehan, Minguk and Manse.

This drama had many action scenes attracting a male fan-base. Covering romance, bromance, trip to memory lane for the older generation, intrigue for the younger ones, this was considered the family drama to watch all together. Even now, there are references to this drama because of how memorable the drama is.

On a side note for those who haven’t been captivated by the nation’s triplets.

In the past, before the Internet became widespread, Korean dramas could only be aired from the 3 major public broadcasting companies. During that time, there were limited slots for dramas to air, so with lots of demand but limited supply, each drama to be slotted for a broadcasting company had to go through a very competitive selection.

Previously up to the early 2010s, the main TV broadcasters were KBS, MBC and SBS. To watch Korean drama, you had to rent it from a video store (if you live in a city with a big enough Korean population) or pay a lot of money to access a Korean channel. However, even if you paid a lot to watch Korean drama on TV, there was a time when you have to watch it as it airs, not where you can go back on your smart TV and catch up on past episodes at your convenience. Additionally, watching 2 new episodes every week on TV outside of Korea meant you are going to be very behind on your drama. By the time it starts airing in the US, chances were the drama was almost done with its season back in Korea. So what many people opted for (including myself) was to go to the Korean video store and rented videos of the new episodes of Korean drama which would be only 1 week behind Korea’s broadcasting schedule. Note it wasn’t DVDs but video tapes where you need a device to rewind it for you before you can start watching it all over again!

Now in 2019, with the Internet, cable TV, web dramas and more in Korea, there are so much content available it has become somewhat overwhelming to prioritize your time when deciding which Korean drama to watch. Korean dramas have been globally recognized to be a very profitable market, hence companies like Viki, Netflix, Amazon, Hulu etc. distributing Korean dramas on their sites. Not only that, some of the mentioned companies are even producing or investing in Korean drama.

With lots of demand and supply in the 2010s, it wouldn’t be too strict to say that the quality of Korean content has dropped over the years. From the time when there was only 3 broadcasting options to today where there’s so many options and marketable groups, it has become more profit driven than ever before.

Of course, when there are negative aspects, there are also many positive aspects as well. Korean media has become more accessible resulting in more interest for Korea, more fan bases leading to what is the continuously growing Hallyu Wave. There are more opportunities for those aspiring to go into film and more economic growth. Depending on what is considered more important for each person, the pros can outweigh the cons.

My Take On This

With many positive aspects, I hope that growth (profits) will not blind the entertainment industry in forgoing quality for quantity. In the end once all the profits, growth and potential are temporarily earned, these dramas will remain to become evidence for the future generations as they study history. Just as we ourselves used historical artifacts like music, books, physical propaganda and chess to understand the past, it will apply the same in the future. Or even now where kids (Gen Z) do not know what a game-boy, furby, beanie babies and walk-mans are. 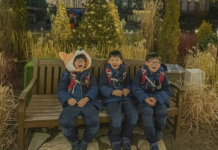 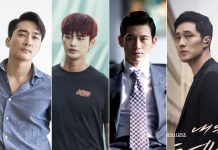