Actress Oh Yeon-seo and actor Kim Bum have decided to part ways after dating for almost a year. Last March, the then-couple admitted they were dating last March after rumors about their possible relationship started to circulate. In particular, many people were fascinated with their age difference. Oh, who was born in 1987, is two years older than Kim, who was born in 1989.

After Oh role in”A Korean Odessey” on tVN ended, the two met through close acquaintances. Soon they became friends which eventually developed into a romantic relationship. However, their unexpected break-up has put an end to their love affair.

Reportedly, the breakup may is related to Kim’s military service, but this is not confirmed. He enlisted in April of last year. 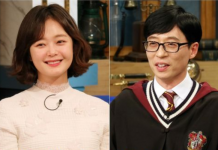