Recently, MAMAMOO members participated in a filming for KBS 2TV’s “Yu Huiyeol’s Sketchbook” to promote their newest song, Egotistic. During the interview, Hwasa revealed that she recently received an appreciation plaque from the Livestock Byproduct Society for helping boost sales of gopchang. Hwasa first caused a sensation for gopchang in South Korea when she appeared in MBC “I Live Alone” on June 8. In the episode, the singer did not hesitate to show herself in the “natural habitat,” drawing much attention from the public for her down-to-earth personality.

However, her visit to a gopchang restaurant is what really blew people away. Soon afterwards, her visit led to a shortage of gopchang in the country. As a result, the shortage forced many restaurants to close early because they ran out of ingredients.

Furthermore, when SBS “Night of TV Entertainment” visited the same restaurant that Hwasa went to for an interview, the owner of the restaurant revealed that Hwasa’s effect forced him to take a day off on Sunday. He said, “we used to be open 365 days but not anymore. After the broadcast, many people came asking for gopchang. However, the number of cows that can be butchered is limited, so by Sunday, we run out of ingredients.”

As a result, to thank Hwasa for boosting sales of gopchang, the Livestock Byproduct Society presented an appreciation plaque with a gift certificate. Furthermore, people asked for a re-appearance of Hwasa in “I Live Alone” to which the singer confirmed to do so. 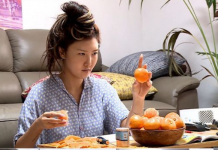 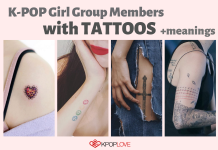 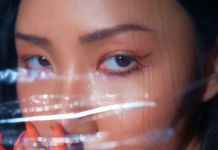