Actor Ma Dong-seok and his agency respond to allegations that his father committed fraud.

On Thursday, actor Ma Dong-seok acknowledged that his father borrowed a significant amount of money for a business investment and failed to pay back the loan. “If there is any other issue arises, I will bow and apologize to them for causing any inconvenience,” the actor said. Ma added that “I will do my best to solve the problem smoothly…and fulfill my responsibility as a son.”

According to a report by SBS FunE, Ma’s father, who is currently 85 years old, was sued by a former high school friend, referred to as Mr. Kim, for stealing money. The actor’s father lost the case and was given a suspended prison sentence of two and a half year for misappropriating nearly 300 million won (268,065 USD) in the first and second trial.

TCO Entertainment, Ma’s agency, said that the actor is “planning to return the money [his father] received for his business investment in 2010,” but also mentioned a caveat. According to the agency, some of the money said to be owed is not true. As such, they planned on having it tried again in court. However, later that same day, a judge confirmed that the whole amount needed to be paid due to the previous court order. 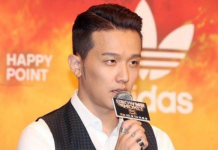 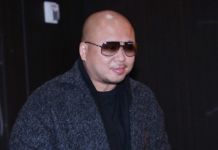