The actor covered magazine High Cut on its January 24 issue. The pictures captured calm and sentimental aspects of the actor.

In the interview with the magazine, Lee Jong-suk talked about his character in the upcoming drama, “Romance Is a Bonus Book.” In the drama, he is acting the role as a chief editor of a publishing company.

“I think this character resembles myself the most,” said the star. “I tend to turn red when I’m embarrassed. Instead of calming myself and retaking, the director and writer wanted me to use my reddened face for acting.”

Lee Jong-suk also talked about the age gap between him and Lee Na-young, the female lead.

Debuted in 2010 through “Prosecutor Princess,” Lee Jong-suk celebrates 10 year anniversary as an actor this year. He answered the question asking what does he know now that he didn’t in the past.

“Now I know as far as the sizes of camera lenses. I thought it was a tragedy when I found myself estimating the frame size. Once I acknowledged the size of my face in the monitor, it started to give me restrictions. The more I act, the harder it gets.” 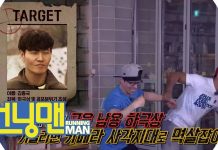