The main cast for SBS’ upcoming drama “Good Witch” has been determined, and drama filming preparations have officially begun. “Good Witch” will air in March, after the drama “Bravo My Life”. Stars such as Lee Da-hae, Ryu Soo-young, Ahn Woo-yeon, Bae Soo-bin and Yoon Se-ah will be appearing as the main cast.

“Good Witch” tells the story of an overly kind housewife, Cha Sun-hee, who leads a double life with her cold-hearted and “witchlike” twin sister, Cha Do-nyeo. Lee Da-hae will be playing the two different sisters and acting out their opposite personalities. The drama is her first SBS drama in ten years after “Robber” (2008).

Actor Ryu Soo-young will also be appearing in the drama alongside Lee Da-hae as the passionate and energetic co-pilot Song Woo-jin. Single and well-informed, Song’s life gets shaken up when Cha Sun-hee enters his life.

Ahn Woo-yeon will play the youngest son of an airline company’s CEO, Oh Tae-yang, who brings nothing but trouble with his spontaneous disappearances. Yoon Se-ah will be playing the role of his spoiled, hot-tempered older sister, Oh Tae-ri.

In addition, Bae Soo-bin will be playing Chan Sun-hee’s husband, Bong Cheon-dae, a jobless man who is more considered about managing his social media accounts than finding a job.

The drama will be led by Producer Oh Se-kang from “Temptation of Wife” and “My Heart Twinkle Twinkle” and Writer Yoon Young-mi from “Birth of a Beauty” and “One Well-Raised Daughter”. 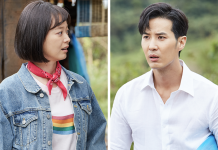 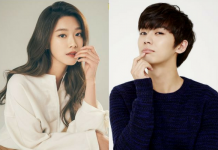