Actress Kim Yoo-Jung has finally given us the green light for her return after 3 months!

On May 25, JTBC’s upcoming drama ‘Clean With Passion For Now’ (literal translation) reported that it will resume its filming in August with Kim Yoo-Jung’s return. Previously, Kim Yoo-Jung confirmed her appearance in the said drama and focused on filming. However, in February, she felt a problem regarding her health. At the moment, Sidus HQ reported Kim Yoo-Jung was diagnosed with hypothyroidism and had to receive a thyroid surgery. In addition, the treatment would take about 6 months and could majorly affect the production of the drama.

However, the production team generously put a halt to the drama so that the actress can recover her health. Because of the delay in filming, Kim’s co-star Ahn Hyo-Seop had to step down from the drama due to schedule conflicts.

With Kim’s return, the drama will resume its filming in August. With Song Jae-Rim, Yoo Sun, Min Do-Hee, Kim Min-Kyu as other cast members, the drama aims for a premiere in November. 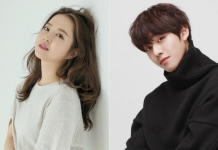 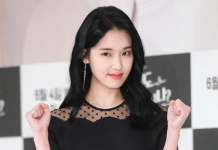 Actress Park Hwan-Hee Reveals She Has Fibromyalgia and Osteoporosis