One of the most expected rising stars in Korea, Kim Tae-ri is kicking off the new year successfully by taking a lead role in upcoming film Little Forest. The film is a South Korean remake of the Japanese series of the same title.

Little Forest is a film that centers around Hye-won (Kim Tae-ri) who comes back to the rural village she was born and raised. With her two local friends Jae-ha (Ryu Joon-yeol) and Eun-sook (Jin Ki-joo), Hye-won spends the most special four seasons of a year, finding her true self.

Little Forest will be released in February 2018. Check out the trailer below! 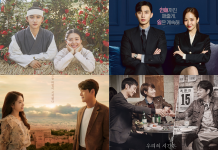