While it’s recently been announced that Kim Sa-rang is stepping down from upcoming drama series “Mr. Sunshine,” Kim Min-jung confirmed that she is considering the now available role.

According to an insider from tvN, Kim Sa-rang and the production team agreed on the actress’ stepping down from the role due to her health concerns.

“The actress’ health is a priority, so we agreed on the decision,” said the insider. “We haven’t covered much on her parts, so it wouldn’t affect the production. We’re looking for her replacement.”

According to actress Kim Min-jung’s agency, the vacancy probably will be filled soon, as the actress is considering the role positively.

“Mr. Sunshine,” produced and written by the team from “Guardian: The Lonely and Great God,” depicts the life story of a boy from the 17th century who travels to America and comes back to Korea as an American soldier. Casted with Kim Sa-rang were Lee Byung-hun, Kim Tae-ri, Yoo Yeon-seok, Byun Yo-han, Jo Woo-jin, as well as several other rising names. The drama is to air in the third quarter of this year. 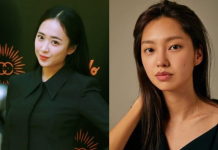 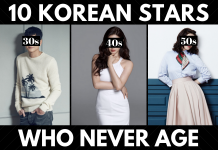