Actress Kim Ji-Soo has once again became the talk of the town for her seemingly “unapologetic” behaviors after the drunken interview incident.

Kim Ji-Soo, who recently declared to take time away from the industry due to the “drunk interview” incident, became the talk of the town once again. While the actress said she felt heavily responsible for the actions during the press conference, the public argues that her comments on social network platforms are saying otherwise.

On October 17, Kim Ji-Soo received a nation-wide criticism for showing up to a press conference to promote the upcoming film “Intimate Stranger” not only 40 minutes late, but still intoxicated from the night before. Within 10 minutes of the interview, the agency decided to call it off, as well as the actress’ schedule for the rest of the week.

Afterwards, Kim Ji-Soo released an official apology. She said, “it was such an unexpected situation and I panicked. Consequently, I wasn’t being professional enough in front of the reporters. I can only say that I’m sorry. I will take responsibility and spend the rest of my time reflecting upon my mistakes.”

While her apology seemed sincere, her following actions said otherwise. On October 23, the actress returned to her Instagram for the first time since the incident. On the post, many fans commented, encouraging the actress and forgiving her for her actions.

The problem arose when the actress started commenting back. One of her comments said, “I’m persevering through the one-sided bombing.” From this, netizens speculated that the “one-sided bombing” was referring to the criticism she was receiving from the public. As a result, many argued that her comment contradicted to her apologetic behaviors of the past. 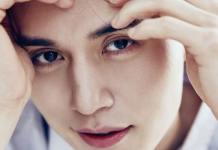 Actress Lee Ha-Jung Announce She Is Pregnant with Second Child 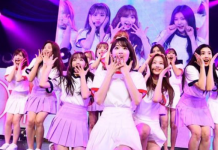