Singer Kim Jaejoong spent three hot days in Bangkok. It was a trip that the singer hasn’t made in almost two years.

JYJ Kim Jaejoong visited Thailand for the first time in 15 months and stayed there for three days where he held his birthday fan meeting at the Thunder Dome in Bangkok. Hundreds of fans came out to meet the singer he arrived at the airport, expressing their enthusiasm and excitement at having him back in the country.

At the fan meeting, Kim greated the audience of 3,000 people in Thai and talked about coming to Thailand. “It’s always comfortable and pleasant here,” said Kim. “Nowadays, I’ve been very busy working on songs and preparing for performances and the support form Thai fans have been a huge source of support.” To thank them for their continued support, Kim had a video message in Thai, responded to fan request, and even took a few selfie pictures. Besides that, the singer also talked a bit about what he wants to do in 2019. In particular, at 33 years old, Kim comments that he wants to hear that he look younger rather than handsome. Moreover, he said that if he does another movie, he will looking to star in a zombie movie. 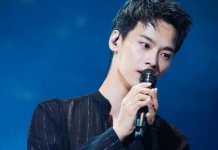 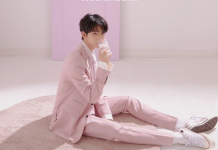