The Netflix variety show has already started production and will boast a solid cast and interesting guests.

Actor and model Chung Hye-Sung will guest on Netflix’s variety show “You’re the Criminal” (also translated as ‘The Culprit is You!’), alongside Broadcaster Jo Woo-Jung and AOA’s Hyejeong. An official related to the production said on the November 30 that the three had filmed for the show on November 29.

The episode that the three filmed will be apart of the first season of “You’re The Criminal!”. In the show, the cast will have to solve a new mystery each episode. Further, each episode will feature guest appearances of stars with different personalities and charms, creating a dynamic and exciting environment.

This production of a Korean show will be a first for Netflix. As such, Netflix’s studio productions have worked to cast some of the biggest stars in Korean entertainment to star in the show. Some of the regular cast members include Yoo Jae-suk, Lee Kwang-soo, Park Min-you, and EXO Suho. Furthermore, Jo Jyo-jin, whose previous works include “Running Man” and “X-Man”, will be the director the new show.

“You’re The Criminal!” is expected to be released in March 2018. 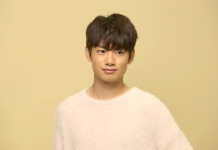 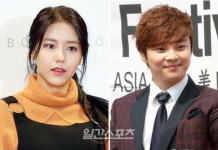