Holland, the first openly gay K-pop star in South Korea, was voted as the most important youth cultural influencer in Dazed Magazine’s ‘Dazed 100.’ Here’s Why.

On June 26, fashion and social magazine Dazed closed the voting for their Dazed 100 list and announced the top five on social media. The list is of 100 curated youth is chosen by the public who vote for the person they believe is having the most impact on youth culture this year.

Holland made his debut in January with the unapologetic and smooth ballad “Neverland,” that highlighted the path to overcoming stigma and searching for happiness in a same-sex relationship. Notably, the music video openly depicted two men in love, a first in K-pop.

Although the singer has proven to be popular, with “Neverland” racking up almost 10 million views on YouTube, the stigma against homosexuality still dog him in South Korea. Unfortunately, the singer is still unsigned and works to produce his music, album, and music video — should he decide to make another one — independently. Moreover, although mostly PG with just a few kiss scenes, “Neverland” received a 19+ age restriction when it was released.

However, as Holland has mentioned in another interview, he hopes that he can change this. As the first openly gay idol, he wants to be the voice and face for other LGBTQ+ youth. Additionally, he wants to be a role model that they can look to for strength and guidance, something the singer said he lacked while growing up.

Check out his exclusive interview with Dazed below: 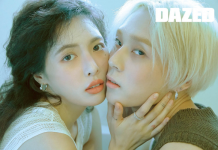 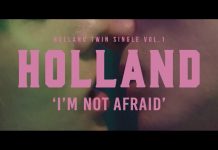