Home NEWS Goo Hara Shares Her Side of the Story, Denies One-Sided Abuse

Goo Hara and her lawyer say there’s so much more to the story than what the public knows.

Following the boyfriend (henceforth known as “A”)’s exclusive interview with Chosun Daily, Goo Hara and her lawyer opened up to share the story from their side. Overall, the artist argues that the violence incurred from both sides, and the boyfriend even threatened to end her career. After alerting the media, the public, and the police about the violent encounter between the two on September 13, both Goo Hara and “A” remained their silence for a while, even rejecting the requests from police to participate in questioning. However, soon afterwards, “A” participated in an exclusive interview with Chosun Daily, where he revealed his scar that reportedly resulted from Goo Hara’s one-sided abuse on the night of the fight.

Not too long afterwards, Goo Hara also revealed that she had been hospitalized to receive treatment for injuries that “A” had caused during their physical fight. Therefore, the artist argued that it was not a one-sided abuse, but the violence occurred from both sides. To back up her story, Goo even presented the medical diagnosis she received from both her gynecologist and the orthopedics.

Goo Hara continued, “on September 13 at 12:30 AM, “A” broke into my house in a drunken state and kicked me to wake me up. Afterwards, he pushed me against the wall with a whiteboard and threw the air purifier at me. That’s when the physical fight begun.”

This is quite different from what “A” had argued during his interview with Chosun Daily on September 15. According to the interview, “A” revealed the scars Goo Hara had left on his face and said, “I have never punched anyone in my entire life, let alone a woman.” While the two parties argue rather contrary statements, Goo Hara’s lawyer say the artist is also the victim.

They commented, “something that “A” had said strayed from the truth, so we wanted to make sure everyone had the right idea of the fight. While we do admit that the abuse happened from both parties, we were also victimized. The results will depend on how the other party wants to pursue this case.”

Meanwhile, Goo Hara has finally agreed to attend questioning by the police, scheduled to happen sometime this week. 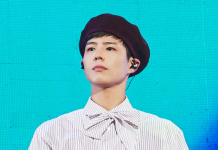 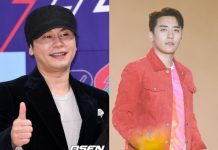