After hopping around the foggy city of San Francisco, actor Gong Yoo talked about how he approached acting. Anything that Gong Yoo touches seems to turn to gold from drama, movies, and even furniture. And it isn’t just his charming looks. His acting ability and emotional nuance have helped Train to Busan and the drama “Goblin” (officially “Guardian: The Lonely and Great God”) international hits.

However, with his next film, Kim Ji-young, Born 1982 – a story about discrimination and sexism at home, work, and school — the actor seems to have taken a turn away from the action drama of Train to Busan and the supernatural romance of that coats “Goblin.” However, this is not necessarily intentional. “I don’t move with a plan,” said Gong in an interview with Harper’s Bazaar Korea. Rather, he considered how he feels about a potential project and reflects on it actively. ” I don’t want to be stuck in a typical role, I want to keep moving forward, ” explained Gong.

“One of the biggest concerns I have when selecting a project is whether I can give the story or my character a sense of originality and freshness. This is because we’re doing creative things by participating in the production even if we don’t write or produce the scenarios,” Gong said. Fun fact: Gong Yoo is a fan of the basketball team, the Golden State Warriors. While in San Francisco, he was able to stop by Oracle Area to enthusiastically watch the game. Talking about his love for sports, Gong said with a smile that “when I watch a game with my favorite player — even in front of the TV — I wear my team’s jersey. 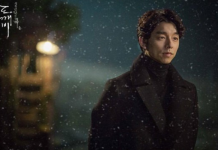 An Unusual Connention Between the Drama ‘Goblin’ and the Lottery Emerges 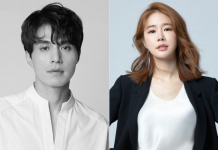