A member of a famous 1990s’ girl group has been reportedly accused of not paying her debts, which she used for gambling money.

On August 2nd, The Kyunghyang Shinmun exclusively reported that the former girl group member, who is 37 years old, has been sued for fraud involving about $600k.

According to the report, one of the accusers (American citizen, 35) is claiming that the celebrity has not paid back 350,000,000 won (roughly equivalent to 350k USD), which she borrowed as casino checks in early June this year at the Seoul Paradise Hotel Casino.

The anonymous celebrity reportedly holds a citizenship of another country, and that was how she was able to enter the casino, which does not accept Korean citizens.

Another accuser (Korean citizen, 42) also claimed that the celebrity borrowed 250,000,000 won (≈250k USD) in early June and has not paid back, Kyunghyang Shinmun reported. 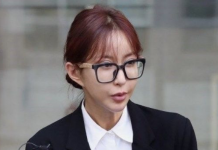