GD Cafe, G-Dragon’s cafe in Jeju, will be opening its doors in just a few days.

With less than a week left before BIGBANG member G-Dragon begins his military conscription, the artist plans to open the doors of his new cafe, GD Cafe, on Jeju Island on the 25th.

After BIGBANG concluded their concert at the Gocheok Sky Dome in Seol, G-Dragon reportedly stayed in Jeju to work on the planning and design of the cafe. Further, this cafe will not only serve coffee and treats but will have a bowling alley as well.

The addition of the bowling alley — along with other features — apparently holds a special meaning for the artist. This is because they are elements that G-Dragon conceptualized himself since the cafe’s inception.

Since G-Dragon wants to open the cafe before entering the military, all crew members are busy putting the final details in place for the opening. However, the bowling alley, located next to the cafe, will open in March.

Currently, the interior is in the final stage of completion. Reportedly, G-Dragon is painting aN image on one of the walls himself. More, there will also be an assorted collection of personal items. 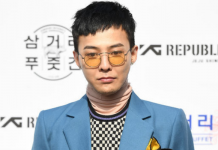 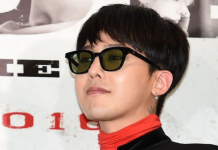 G-Dragon Returns to Social Media With a Post About Philosophy