A year has passed since SHINee singer Jonghyun’s death on December 18, 2017. Fans around the world, as well as his colleagues, paid tribute to the late artist on his first death anniversary. On December 18 last year, K-pop fans around the world sobbed in great shock to find that SHINee’s singer Jonghyun was found dead at his house. A year has passed and on the first anniversary of his death, people paid tribute to the late artist in their own ways.

On December 18, SM Entertainment released a video to memorialize Jonghyun. The video ends with a phrase saying, “We commemorate you. We will love you forever.”

Fellow SHINee member Key posted a video to his social media page. The video spots Key and late Jonghyun rehearsing for the stage.

On December 15 at her concert in Singapore, IU also remembered Jonghyun by singing “A Gloomy Clock.” IU introduced the song produced and written by the late artist saying, “I will sing a song that’s not on the set list, for the person whom I miss a lot.” Fans around the world are expressing their emotions to the late artist through social media as well. With the commemorations, Jonghyun will keep on shining forever in many people’s hearts. 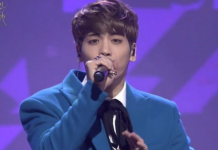 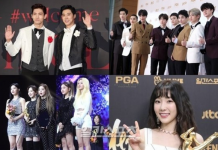 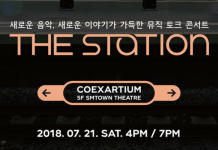