Singer Cho Yong-pil finds himself involved in an unexpected controversy.

At the April 27 Inter-Korea Summit dinner held at the Panmunjom, Cho Yong-pil is pictured doing a full 90-degree bow to North Korean leader Kim Jong-un and his wife.

Although a simple move, the action is being criticized by many who see it has humiliating. More, some see it as Cho being modest while other have applied political interpretations to the move. Whatever the case may be, the singer had not expected the backlash and is noted to be “confused” as the controversy continues to escalate.

Reportedly, the singer had explained that he had not had “any particular intention” when he did the greeting. Further, is has been noted that Cho greeted South Korean president Moon Jae-in in the same way.

As a result of the controversy, Cho’s agency attempted to rectify the situation. “We are aware of the controversy… However, Cho Young-pil does (this kind of greeting) usually. He was not conscious of any particular person and did not have any such intentions either,” said an official.

Furthermore, the official explained that Cho treats his fans the same way when he meets them on the street and treats everyone the same. As such, Cho nor his agency thought it “would be a big problem.” 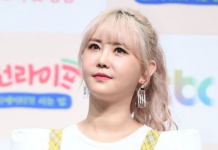 YouTube Creator Yumcast Under Fire for Comments About Abuse 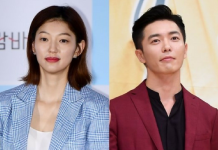 Actress Lee El Suffers Through a Day of Controversy 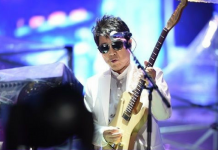