Celebrities are now spreading their domain to individual broadcasting. MBLAQ member G.O started communicating with his fans through a personal media platform, Afreeca TV. They call people in such industry, a Broadcast Jockey (BJ). G.O debuted as MBLAQ in 2009 and even though they were never the very top idol group, received much love from their fans. After G.O finished his military duties for 2 years, he did not return to the stage, but to Afreeca TV.

G.O said, “as a member of MBLAQ, there were things I was forced to do against my will. I often wondered if I really had to go to this length. That is why I got interested in personal media. I got into it 4 years ago and started the preparation 2 years ago. I concluded that it was the platform that fitted the best with the Korean culture.”

Broadcast Jockey, as known as BJ, has always been controlled by non-celebrities. You had to be silver-tongued, sometimes not being afraid of using slanderous words. Celebrities could not dare be a part of this because they were easy targets for controversies. In addition, the process for coming up with a topic or content was often followed by drama. This is why G.O’s decision was considered to be bold. G.O added, “I was fully aware of the prejudice people have about personal media, but I believe that it is a problem about the individual, not the platform.”

G.O is currently broadcasting at 10 p.m every night and has plans to collaborate with other BJ’s. However, this does not mean the end of his singing career. Someday when he gets a chance, he hopes to stand on the stage again.

Before G.O, actress Kang Eun-bi had also turned to personal media. In addition, Oh Hyun-min, who appeared on tvN’s ‘The Genius,’ joined in on a different platform, Twitch.tv.

Why personal media? The answer lies in the limitless chance to appear in public and hefty income. Instead of already written plots, BJ’s make the rules. You can be late to your own show, sing, dance, even drink on screen without causing any troubles. You may also choose to stop the show whenever you want.

The income is another reason. When you debut as an idol, it takes up to 2 years to be able to receive individual income. Even after 2 years, the profit will be divided by the number of members. However, as a BJ, you don’t have to split with your income with anybody. G.O managed to raise up to 10 million won in the first four days as a BJ.

Because of the advantages of being a BJ, the market is very competitive. When Kang Eun-bi first debuted as a BJ, other female BJ’s expressed their hatred toward her in their personal broadcasting channels.

A culture critic Lee Ho-gyu said, “the time has passed where celebrities only show up on tv. Instead, fans prefer the more intimate settings with their celebrities. However, celebrities need to put effort into inventing creative contents for their fans, instead of taking advantage of their popularity.” 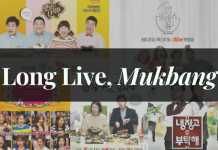 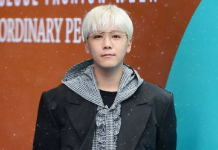