As police have charged singer and TV celebrity Jung Joon-young with violating Sexual Violence Crime Laws due to filming and sharing hidden camera footage, or molka, there are growing calls for him to be subject to electronic ankle monitoring.

In a petition that a netizen created on the Blue House’s official site, the creator wrote that the indicted actor and TV celebrity Jung Joon-young should have an ankle monitor and be subject to chemical castration.

“We petition for the indictment of the suspect and that he be ordered to wear an electronic ankle bracelet and that he be chemically castrated. The ten victims [of Jung] are enough to prove that there is a habit of sexual perversion,” the petition reads. In particular, the creator argues that there is a “high possibility” that Jung will repeat the offenses should be police not monitor him closely and that he is a “criminal.”

Additionally, the petition asks that authorities investigate whether the victims were drugged or not. As such, there may be a possibility that Jung may have violated the Drug Control Law.

An ankle monitor, chemical castration, and a possible illegal drug use investigation are not the only things that Jung has to fret over. Fans of the show “2 Days & 1 Night” on KBS2 are demanding that he be booted from the show. Back in 2016, he took a temporary break from the show after apologizing to his colleague and viewers due to an incident that eerily mirrors the current charges he faces.

He shared a sexually explicit video of a woman who was then his girlfriend, even after she asked him not to do so. According to his testimony, he claimed that he shared it out of anger following a fight they had, after which the girlfriend reported him to police. He was questioned, and the issue was brought to trial but was later acquitted after the girlfriend dropped the charges.

Now, however, people aren’t looking for a temporary hiatus but a permanent one. So far, the show’s production team has said that they have cut him from future episodes due to the seriousness of the situation. Moreover, they are planning to edit him out as much as possible from the two episodes he has already filmed.

Notably, other shows where Jung has made an appearance plan to do the same, including tVN’s “Salty Tour” and the third season of “4 Wheeled Restaurant.”

It is unlikely that Jung will be able to return to the entertainment world in the wake of this controversy. Having illegally distributed videos and pictures involving ten different women using hidden cameras for almost a year, Jung can expect in prison time. According to the Sexual Violence Crime Laws, his actions can subject him to a maximum of sentence of five years in prison and a fine upwards of 30 million own ($27,000).

Police have applied for a ban on Jung to prevent him from leaving the country and will face police questioning. 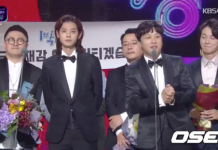 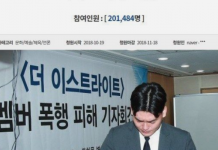 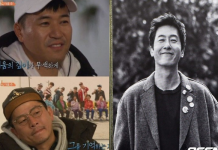