SBS’ “Baek Jong-Won’s Alley Restaurant” has remained at the top of the non-drama charts for the seventh consecutive week according to a survey conducted by Good Data Corporation. The company analyzed online news, blogs, social media, and video reactions (responses, comments) of 1,702 participants for 187 variety program that broadcast from Dec. 24 to Dec. 30.

In the SBS show, Baek Jong-won uses his restaurant business know-how to different eateries’ food, menu, and more to revitalize their business and (hopefully) make them fail proof. Fortunately, many of the restaurants featured on the show experience more traffic as customers flock to the shops to try the food. People often tag places, like tonkatsu restaurant Donka 2014 in episode 159, on social media along with the show.

Notably, “Baek Jong-Won’s Alley Restaurant” has managed to stay on top in a list full of popular programs including second place “I Live Alone” and “YG Treasure Box,” which came in third. MBC’s “Radio Star” and JTBC’s “Knowing Bros” rounded out the top five with shows like “Running Man” and “My Little Old Boy” coming in the top ten. 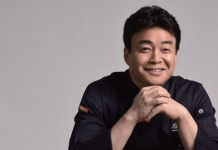 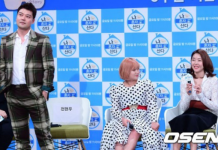