ASTRO is meeting AROHA this March!

Titled “Black,” the upcoming event takes its motif from “Men in Black.” In the poster, members turn into secret agents, arousing curiosity about the members’ handsome looks behind the shades.

The fan meet event is exclusively open to the members of official fan club AROHA. Two sessions will be held on March 2 at Olympic Hall in Seoul. Tickets will be open on January 28.

“Members of ASTRO are enthusiastic to interact with fans,” said an official from the group’s agency, Fantagio Music. “Members are actively participating by coming up with various ideas to have a special time with fans.”

ASTRO has recently released the first full-length album “All Light.” The group is actively promoting their title number, “All Night.” 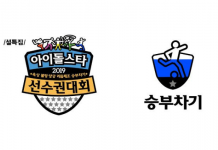 MBC to Introduce Soccer Penalty Shootouts at This Year’s ‘ISAC’